How we approached our photoshoot with Sui Generis

At dev.kitchen, we love photography, but haven’t had the possibility to express ourselves professionally using the format. We came across Sui Generis and asked them if we could do a photoshoot featuring their new autumn/winter collection of hats. In this blog we will explain our goal, workflow, results and learnings.

Our goal was to take photos with most of the composition, lighting, colors, etc. done in camera. This way we were going to train to take photos correctly, and also have a good starting point to work from, instead of shooting random photos and editing the life out of it.

We started by taking a look at Sui Generis’ website and the aesthetic of their current content. It looked rather old school and dreamy, which we very much liked to replicate. Our first step was to choose the kind of gear we were going to use for the photoshoot to reproduce the vibe. We already have digital and analogue photography gear, so that is why we opted for a mix of digital and analogue film cameras. It is indeed possible to mimic the analogue vibe using only digital gear, but we specifically chose to also shoot on film, because this would be more authentic and natural. Fake it ‘till you make it was not an option.

Both cameras used old lenses from Canon to have a more dreamy and nostalgic look. We choose 50mm lenses (75mm with a 1.5x crop on digital) to have the photos resemble what the human eye sees. As for the filmstock we wanted to shoot on, we chose two different vendors and types; Kodak Portra 400 and Fujifilm 200. Both types of filmstock have different specifications and outcomes and we wanted to check which film had the better look. 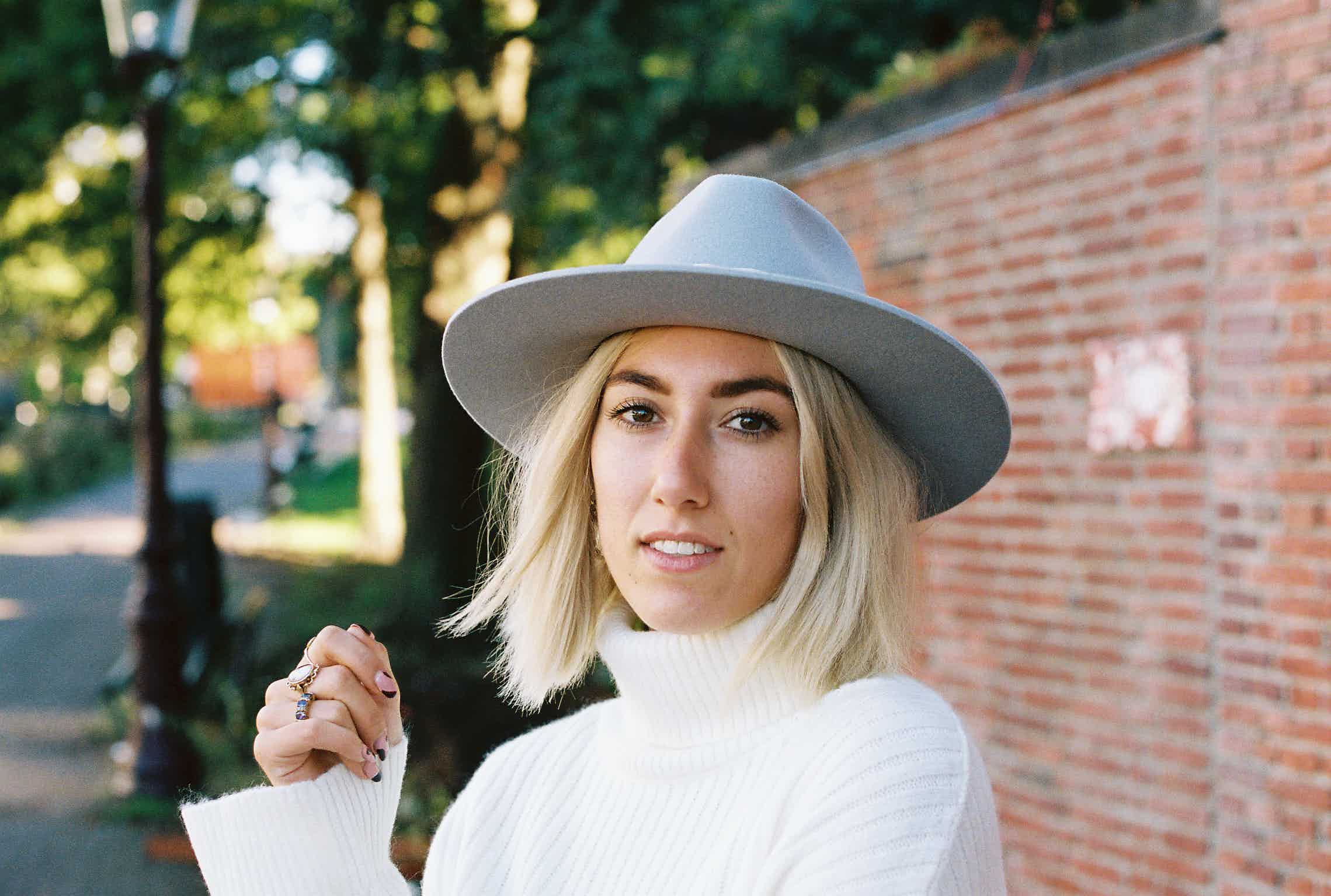 After choosing the gear, we decided to create a concept board. The concept board was made up of shots with poses and types of portraits we would like to take photos of. The focus was to have some close up shots to make the pictures feel more personal, like you are standing next to the person, and some full body shots with some environment poking into the frame. We discussed this with Sui Generis to align our vision for the photoshoot. We also discussed the location and who was going to be the subject of the photos. Sui Generis took the lead in arranging the location, photo models and the outfit for the models. 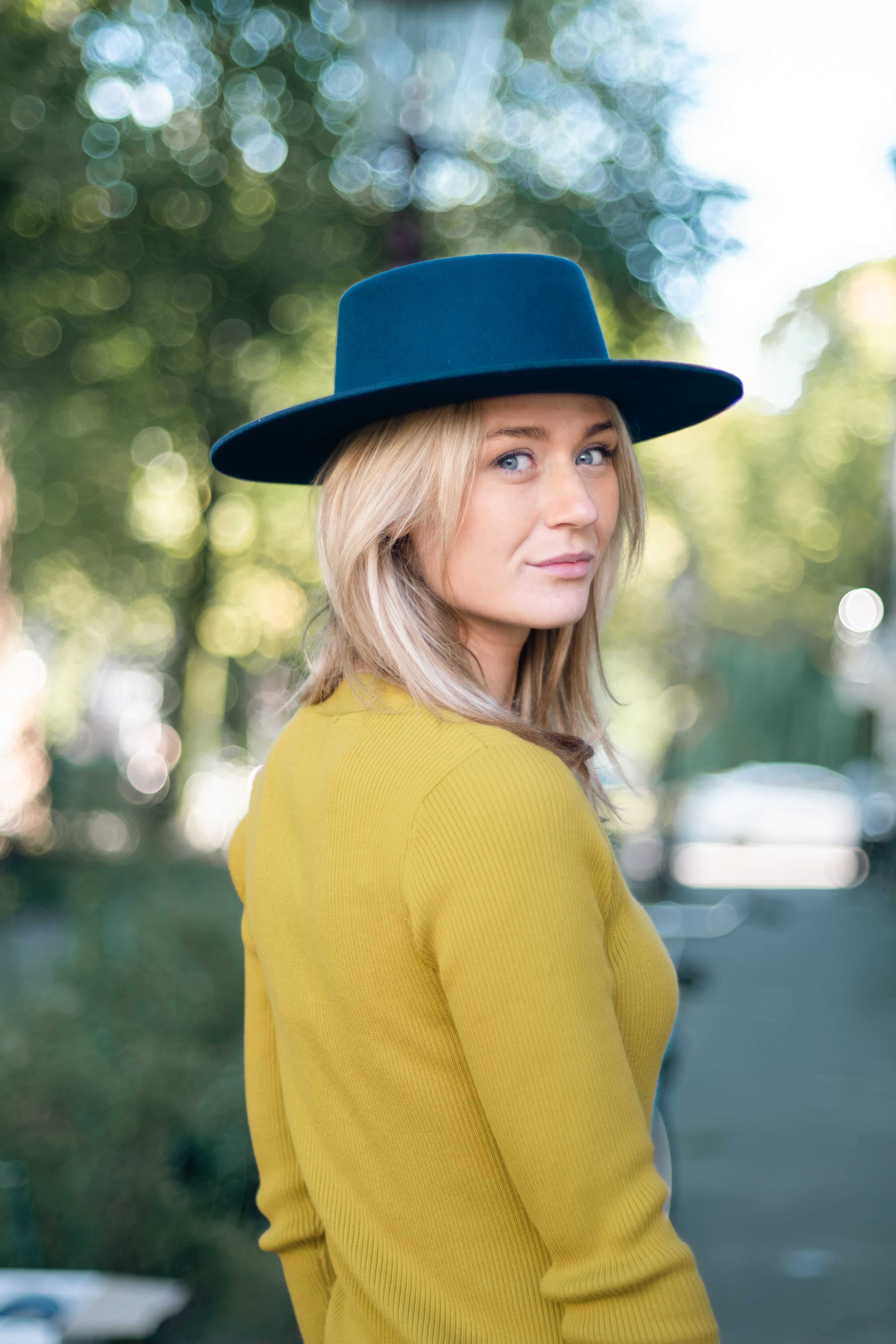 On the day of the photoshoot we were looking around the chosen location for interesting spots. Because of the hard sunlight during that morning, we tried different places with both hard and diffused light. We took turns shooting digital and analogue photos, and tried to follow the concept board as a guideline.

We had a great time taking the photos. It was exciting to see how the models and we were going to work together. Fortunately, the models knew which poses worked the best, so we could focus on the composition and technical part of the photos. Besides looking at the composition, we had to see what the sunlight was doing with some of the pictures. For some shots we wanted to have the sunlight shine directly on the face of the model. To compensate for the harsh sunlight overexposing the image, we used a variable ND filter to have more control when using a wide open aperture. 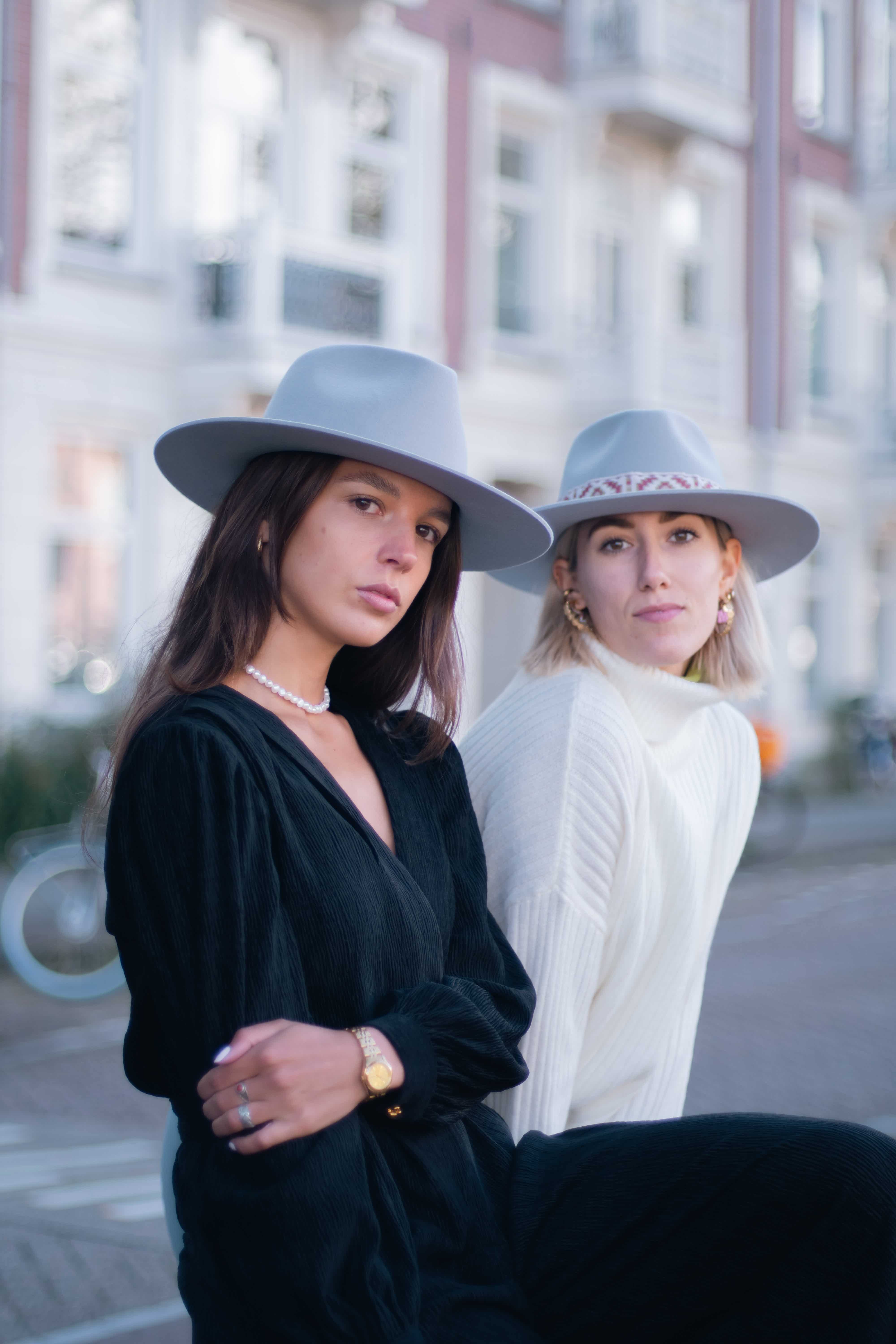 After we were done with the photoshoot we headed back to our office and had two things to do simultaneously. First we had to deliver the rolls of film to our local photography shop to develop the film, and afterwards scan them in a high resolution with lossless format to give us headroom if we wanted to edit the photos afterwards. Secondly, we had to sift through almost a thousand digital shots to have a selection of what we liked and optionally wanted to touch up.

For both digital and analogue photos, we chose to create an extra edited version of the original photos to play around with. For digital we added some black & white photos to be used as a teaser for the launch of Sui Generis’ new collection. And for analogue photos we created some cinematic shots with a different aspect ratio (2.4:1) that can be used as a banner on the webshop. The process of selecting photos, development and editing took a few days, resulting in a selection of almost 150 photos. Plenty to choose from :) See some of the results below! 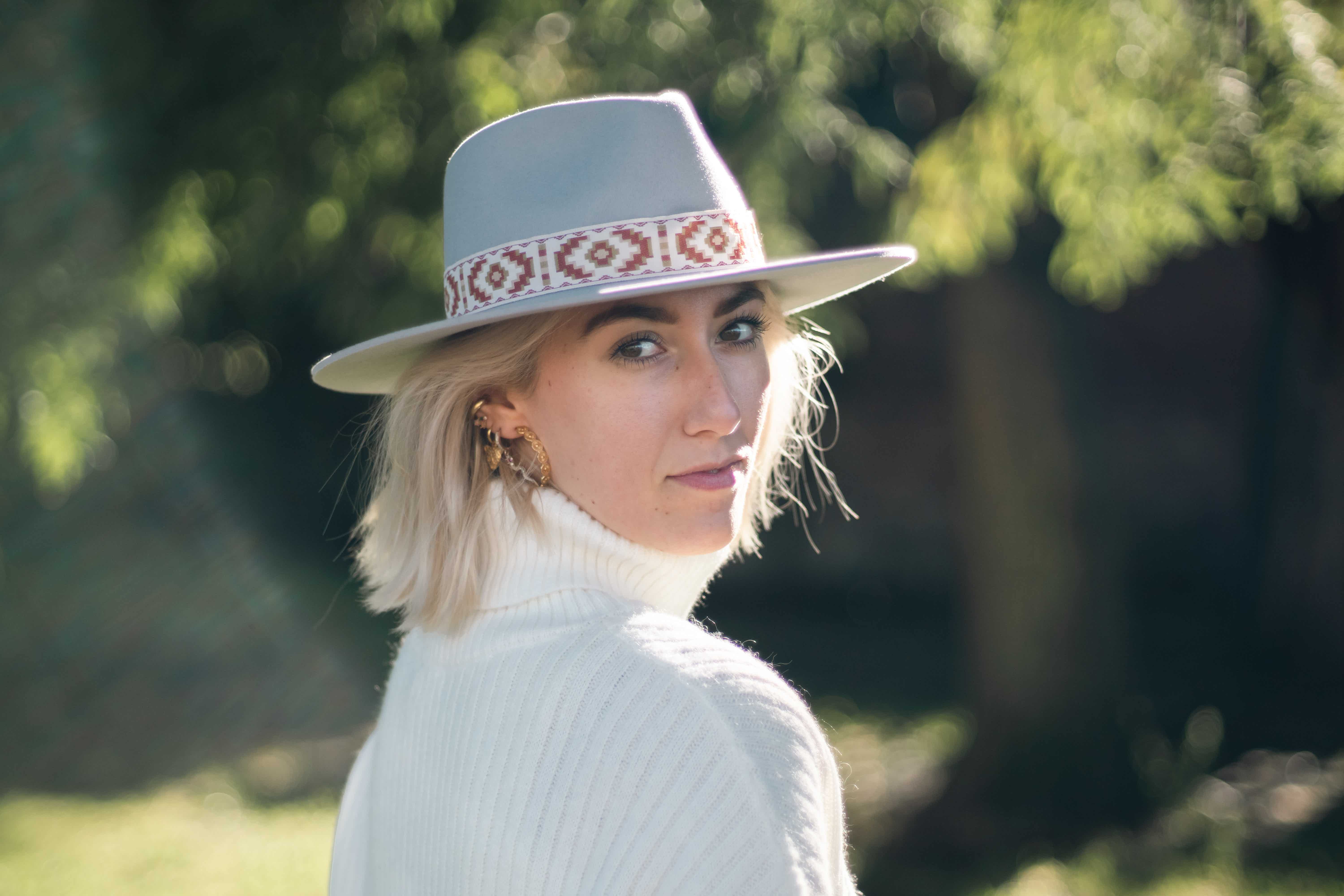 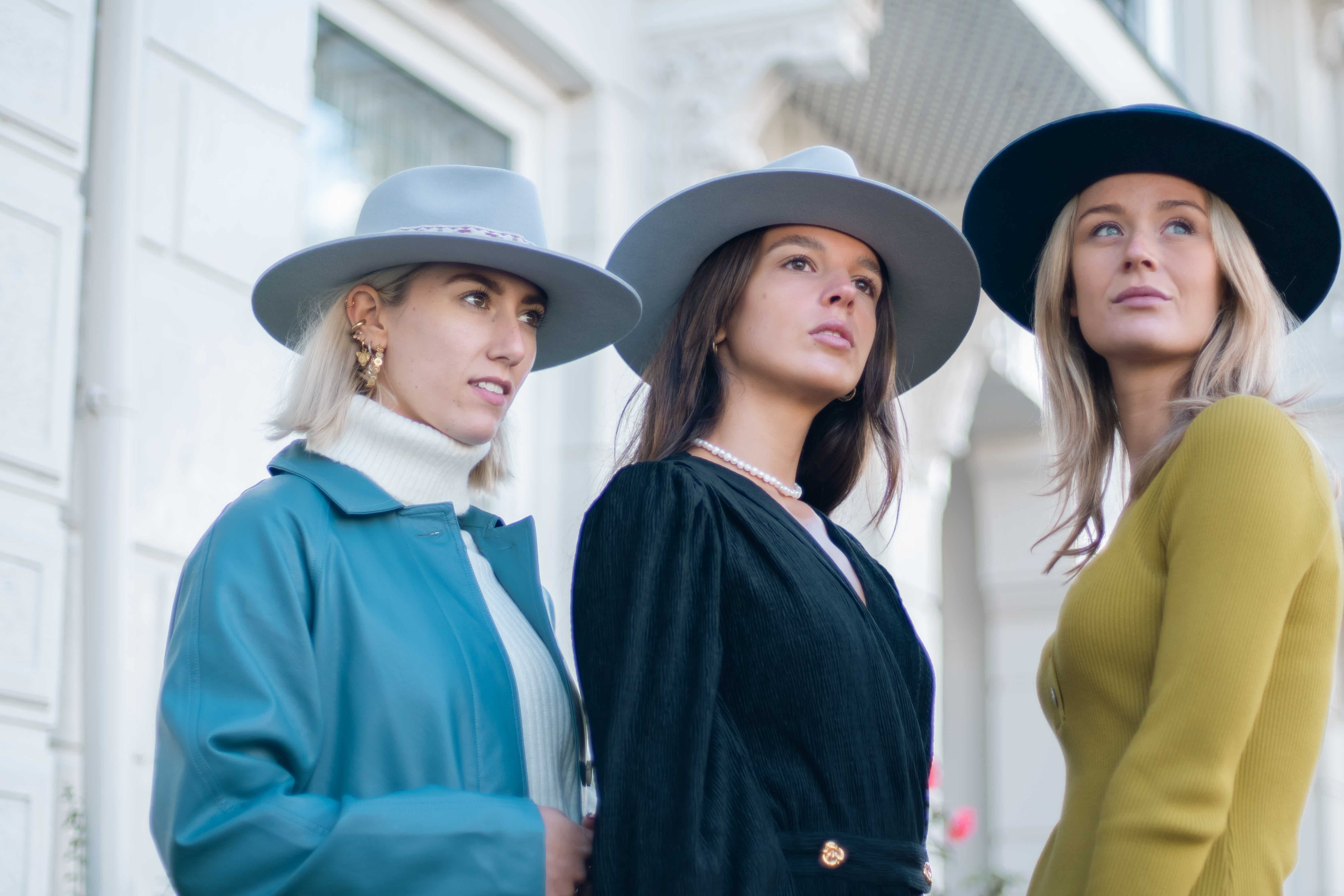 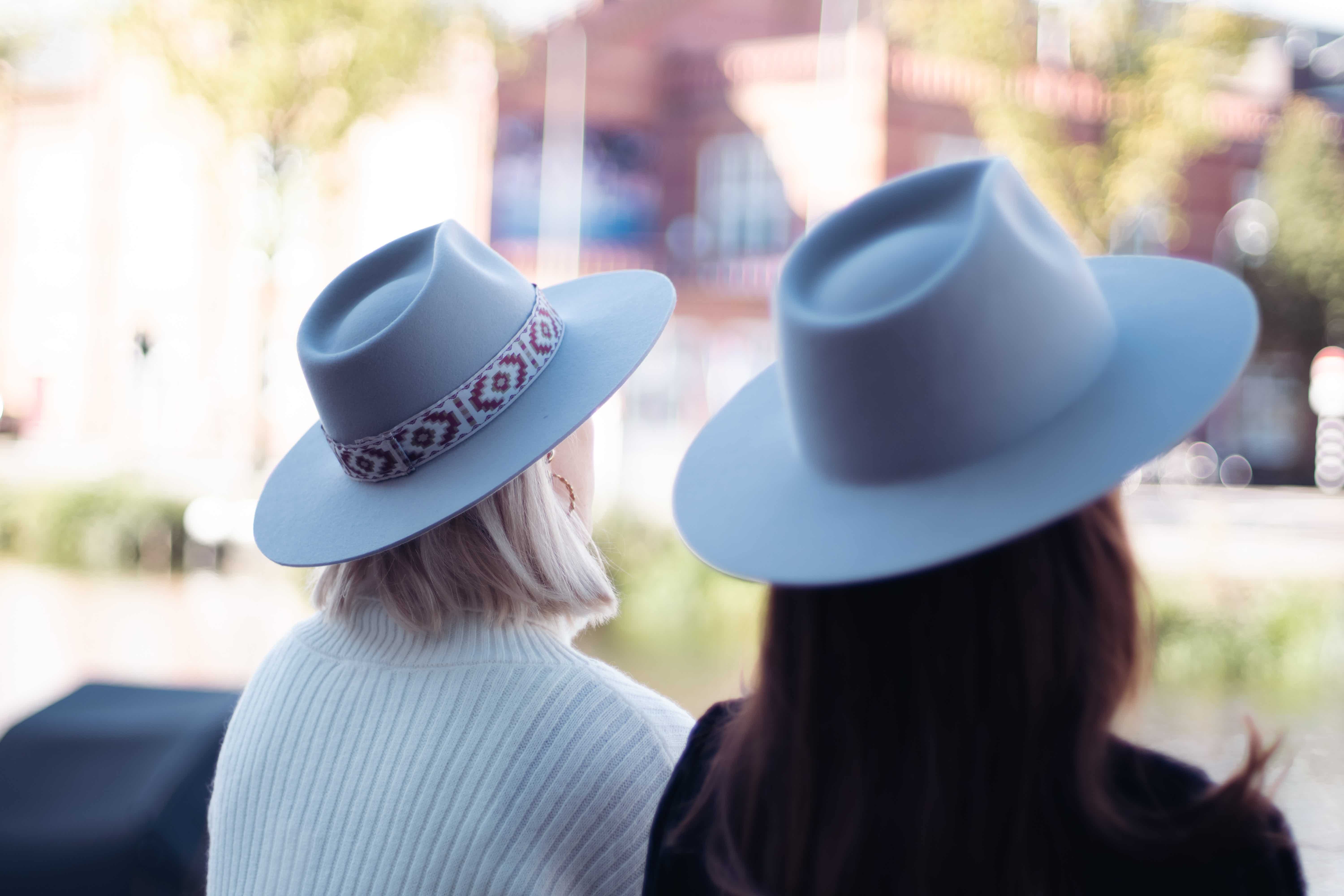 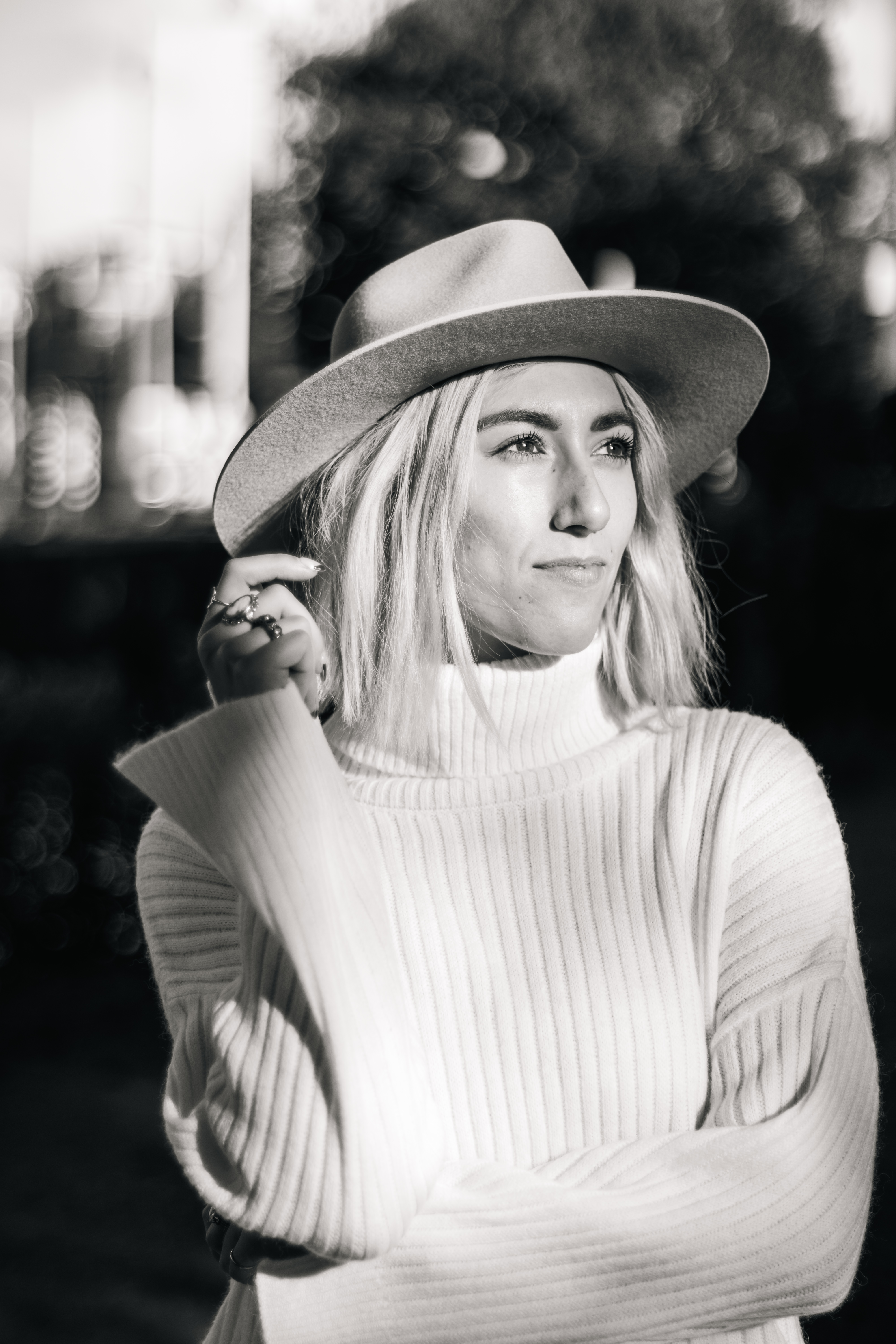 We are overall satisfied and pleasantly surprised by the outcome of the photoshoot, given that beforehand we only shot some photos non-professionally. We were especially surprised by how much weight was lifted from our shoulders, because we had done preparations regarding gear and concepting. Not to mention the good weather in October.

We also noticed that the workflow for digital and analogue photos are very different from each other. For digital you can punch in the color and whitebalance while shooting, and also have the ability to change it a lot afterwards. But for analogue photos you have to choose the right film, and are rather restricted with the outcome of the photos. We noticed that the Kodak Portra 400 film worked a bit better than the Fujifilm 200 in overall color performance, given that the Kodak film has more of an autumn/winter vibe, cooler tones, and overall nicer skin tones compared to the Fujifilm. But this might also be the way the film is scanned.

Do you also like the outcome of the photos? Why don’t you send us a message, and together we’ll have a look on how to level up your content :)

Do you want to collaborate?